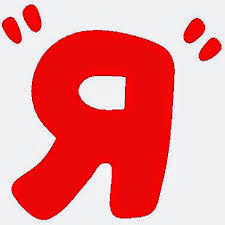 This magazine has been confiscated!
A NEW ERA BEGINS

Here we are again from the Covarrubias with new sections, new ideas and new followers (hope so)!
We didn’t expect that this magazine will become popular in other countries but it happened and we are so happy for that.
Thanks for all the views!

P.S.: This is the home post. If you want to take a look at the whole website, just click in the big red ‘R’ in the header of the page.

MY EXPERIENCE WITH SPORTS

Since I was little I have tried a lot of different sports but not all of them were good for me.

I remember when I was four or five years old I tried swimming, at first I liked it but as I grow older I only like swimming in summer.

Now I’m doing yoga, I started doing yoga three years ago and I love it! I totally recommend it because it is relaxing at the same time you are doing exercise.

I think everybody should do some sport at least twice a week because it helps your health a lot.

I have already tried a lot of sports but sports are so important and I need to try more sports until I find the one for me.

Some of the students of our High School, Alonso de Covarrubias, went to the UCLM 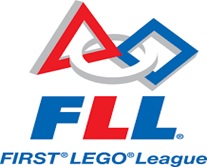 to participate in the International competition of robotics, First Lego League.

This competition consists in three different dynamic steps. Firstly, we had to present the scientific project that was related to animals and technology; we decided to make it about rabbits overpopulation in our area. The second part was, in our opinion, the most interesting, exciting and cooperative part, the technological project about robots; this part consists in programming and designing the robot with the intention of passing and overcoming several tests and levels. The last one, was the principles test, we had to make a project about the values we have learned each day with our mates in the mentioned tests.

Our team was made by nine students: Pablo, Mario, Andrés, Sergio, David, Sergio, Juanto, Alex, María and Daniel, who was the coach of the team. Each one had a different task. Everyone helped in each part but there were different groups for each test. Pablo, Mario and María focused on the project of the robot, while the others focused more on the scientific and the values part.

We started in January and it only took us one month to complete it. This was our main problem because we didn´t have any basics in this knowledge of robotics, we had never worked on this topic or subject. If we had started earlier, we might have won; despite these difficulties we got a high position in the competition in general. We are satisfied with our position but we think that we could have won the competition.

The day of the competition all the team was so nervous. There were lots of people in the event, all surprised about what we were doing. It looks easy but it has an enormous preparation and lot of time invested on it.

At the end, we completed all the tests with success and we got the 2nd position. To be the first year we have participated in the competition we think we got a meritorious result. Next year we will try to win the competition and go to the nationals. 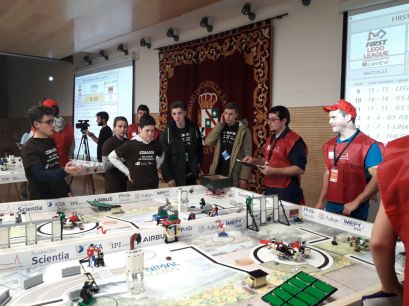 I have get this article from a Facebook video and it has 1,5 millions of views.Luis is a 63 years old colombian farmer.

He easily climbs up a mountain road in an old bike. Two europeans triathletes, Axel Carrión and Andreas Fabricus, have taken travelling throught 5 sudamerican countries in 58 days as a purpose.The farmer was coming back from work, was riding in an old  bike when he found them. The farmer got to overcome to the cycling professionals in the way up between Dodelba and Antiorquía he dit it without any effort. He was wearing jeans and carrying a sack full of potatoes.In the video you can listen Alex Carrión saying “ he is stronger than us” , before admiting the man was leaving in a bad place.

The sporstmen spoke with the man and he admitted that he travels every days 10 km with a 200m climb. The triathletes try to justify themselves saying that they were tired due to the extreme heat and they had tavelled 200 km.

As if the farmer had been sitting all day long. He was older and he had been working all day carrying a sack.

The Rolling Stones are an English rock band formed in London in 1962.  At first the group was formed by Brian Jones , Mick Jagger , Keith Richards , Ian Stewart, Bill Wyman  and Charlie Watts. Jones left the band less than a month before his death in 1969, having already been replaced by Mick Taylor, who remained until 1974. After Taylor left the band, Ronnie Wood took his place in 1975. The band was first led by Jones, but after teaming as the band’s songwriters, Jagger and Richards assumed leadership while Jones dealt with legal and personal troubles.

In their trajectory they add other types of music such as: psychedelic music, country, punk, disco music, reggae and electronic music.

In 1965, they became one of the most popular and important groups.

The group has edited 25 albums and they have sold around 200 – 250 million albums in the world.

In 1962 the group was founded, from 1963 to 1972 they start to work hard in their projects and they became very popular. From 1973 to 1988 their albums were not so popular and they had a period of crisis. In 1990 they obtained again the fame and up to now they are a very famous group that all people know who they are.

Her style, her tattoos and her hairstyle, made her a source of inspiration for some fashion designers.

She had legal problems with drugs and alcohol addictions, so these problems led to death.

She was found dead in her apartment on July 23, 2011 aged 27 years old. This was revealed months after her dead, at the beginning her dead was associated with her multiple addictions. 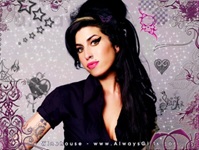 She started her professional occupation in 2002 and she did a lot of projects along this period to her dead. Some of the most important projects were: Frank and Back to Black.

Her posthumous album was published the 5th of December.

In th Italian culture, the number 17 is considered unlucky.  The Roman numeral XVII, is changed to VIXI, which in the Latin language is translated as “I have lived”, “My life is over”, “ I’m dead”

In Italy, it is not uncommon to notice that buildings do not have 17th floor, hotels do not have a room 17. The Italian airline carrier, Alitalia, does not have a seat 17. VIXI was found on ancient tombstones.

* When you are making a toast in Italy, it’s considered unlucky to do so with water. So do as the locals and make your toast with wine.

* Wherever you lay your hat when you are in Italy make sure it’s not on a bed. For Italians, putting a hat on a bed is unlucky- perhaps because it is associated with death.

* When Italians greet each other it’s affectionate involving lots of chat, kisses and shaking of hands.

If you have ever noticed a group of Italians shuffling around strangely during the process it’s because it is bad luck to cross arm when shaking someone’s hand, so make sure you do so directly without encroaching on anyone else’s attending to do so.

* Be careful when you sit down to a meal in Italy. If there are 13 people around the table, it’s unlucky. This refers to the fact the there were 13 people at the Last Supper, 12 apostles and Jesus and that it’s said that Judas Iscariot—- the one who betrayed Jesus— was the 13th man to take his place at the table.

* Singles also need to be careful when anyone starts cleaning the house. If someone brushes your feet by accident with a broom, you will not get married – so perhaps that’s a good excuse to put your feed up. 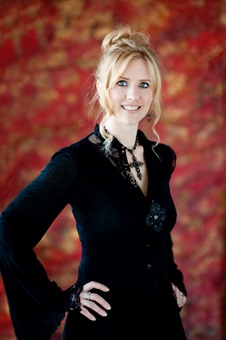 “The normality is subjective, so do not let anyone tell you that you are not normal, because for me you are, and this is the only opinion that has to be important for you”

Alyssa Gardner hears the whispers of  bugs and flowers—precisely the affliction that landed her mother in a mental hospital years before. This family curse stretches back to her ancestor Alice Liddell, the real-life inspiration for Lewis Carroll’s Alice’s Adventures in Wonderland. Alyssa might be crazy, but she manages to keep it together. For now.
When her mother’s mental health turns worse, Alyssa learns that what she thought was fiction is based in terrifying reality. The real Wonderland is a place far darker and more twisted than Lewis Carroll ever let on, and is waiting for Alyssa to fix the mess that the young Alice committed on her first visit and save her family.  She must also decide whom to trust: Jeb, her best friend and secret crush, or the sexy but suspicious Morpheus, her guide through Wonderland, whom she has been dreaming since childhood.

A story with the macabre touch of Tim Burton and the genius of Carroll. Our author A.G. Howard has known how to take a world and transform it into something never seen, letting us know her version of the future of those characters that are so well known. If you are a true fan of Alicia you cannot miss this story, and if you aren’t then I encourage you to delve into this world and know a new version of what you already knew. You will be as lost and crazy as the protagonist. 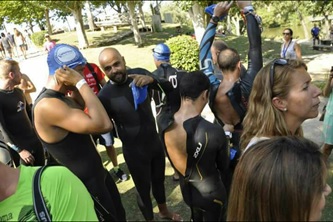 1.- How did you prepare for the race?

-Going running. -Good nutrition, I had a balance diet. -Tranning morning and afternoon, some days I was going to the gym.

What did you think when you finished it?

-I was satisfied and I was happy because there was a lot of waves, it caused that I vomited proximally at kilometer six, because I hadn´t taken the “Biodramine” which are pills to avoid dizziness, so it was difficult for me to finish but I finished first in my category.

-Yes, because although my results in swimming pool aren´t very good, in open waters in Sanabria within the 6.5 km reace I was fifth in my category, in which only people from Sabadell won, Galaico: which is a city of Galicia with very good people. And in this proof my results were good and the mark was so good too.

-Yes, but I would like to make another longer or harder race, for example in the North or some of 15 km, because I prepared so well that I could have made another even longer race.